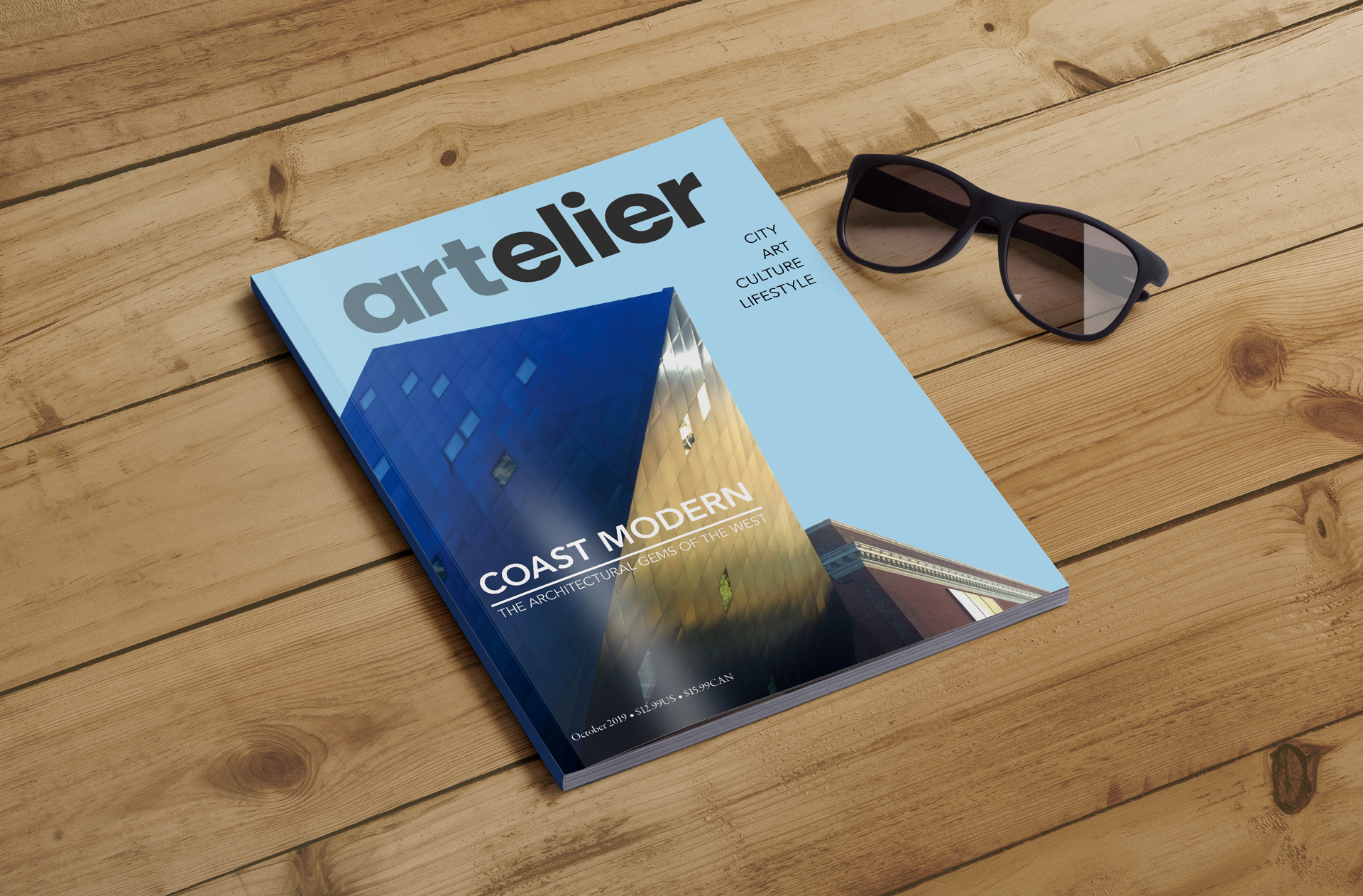 Artelier is an urban magazine, issued quarterly. Its themes include film, architecture, fashion, music, and photography. The publication also has an extensive calendar section covering local events and happenings. Artelier's modern design and layout make it a favorite magazine for those who would like to stay current on the trends in the big city. 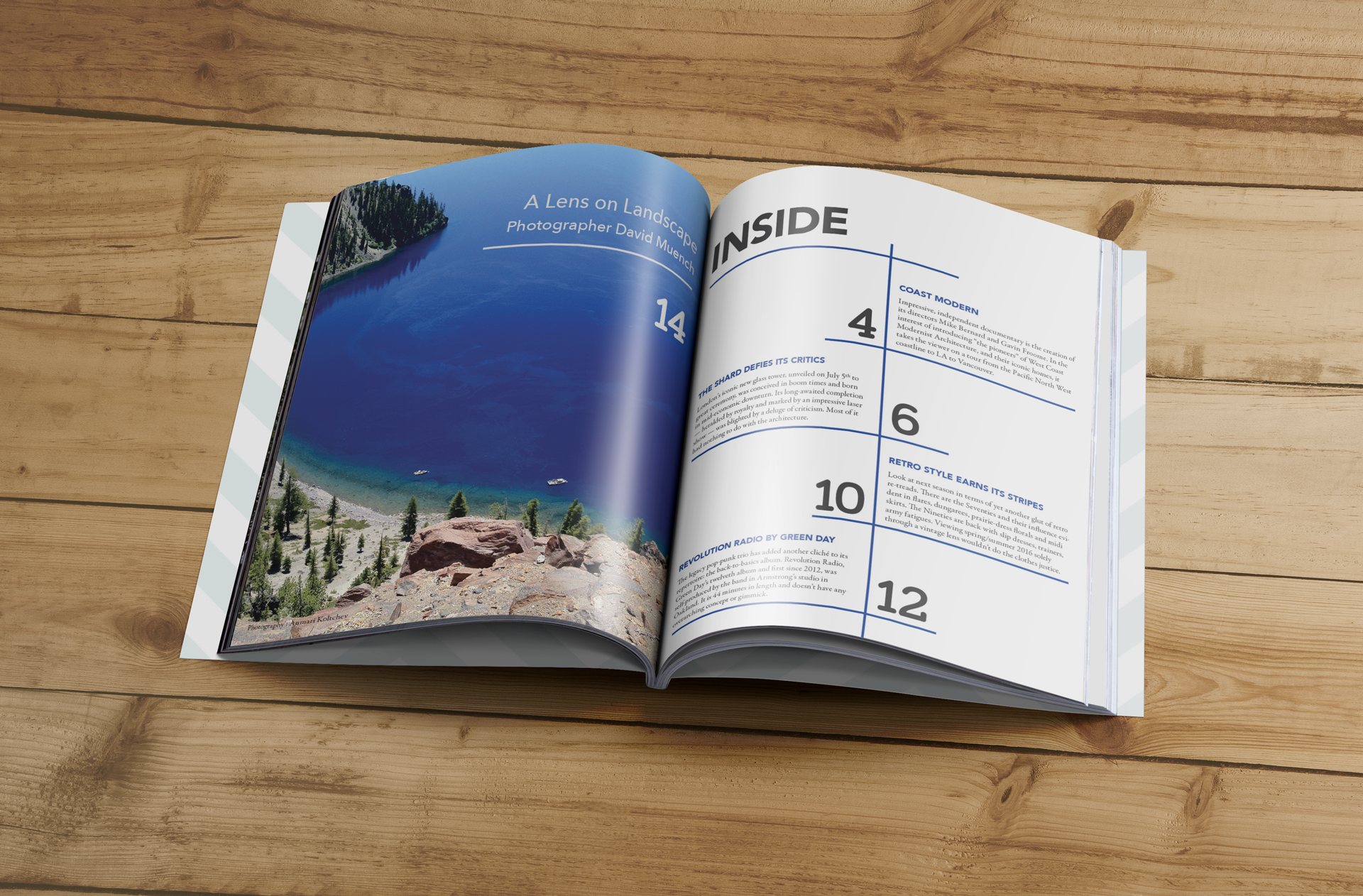 The magazine was previously known as MetroArts. Its current title, Artelier,  better reflect the creative vision of the publication. The table of contents features a photograph of Crater Lake, OR, and carries the overall minimalistic design of the magazine with clean lines and bold typography. 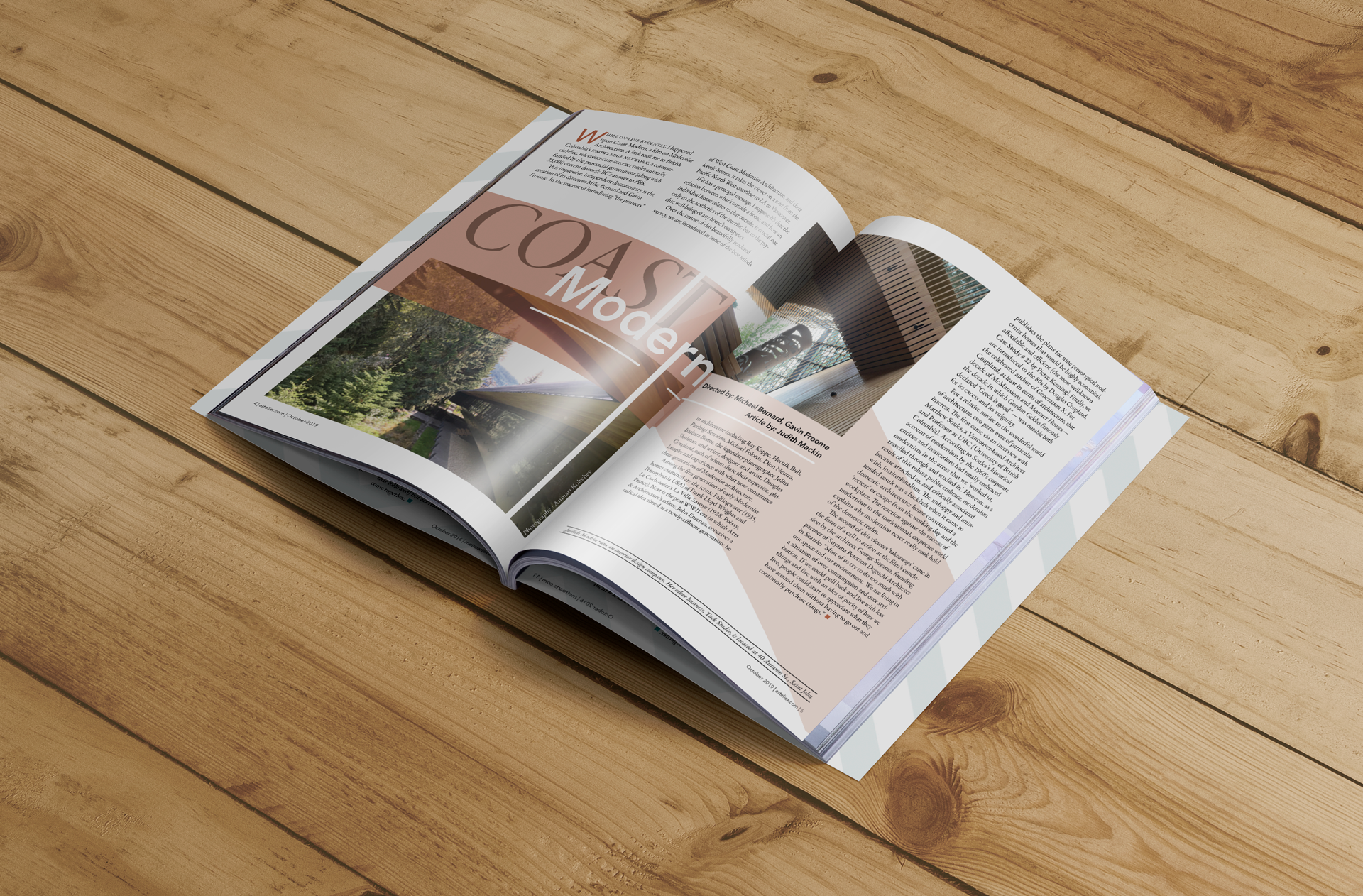 Artelier Magazine's movie section features a documentary, Coast Modern, about West Coast architecture, from California to British Columbia. The article focuses on the modern flare of the buildings with their angular forms and natural materials reflecting the beauty of the surroundings. The magazine's spread projects the colors, shapes, and overall atmosphere of the region and its architecture. 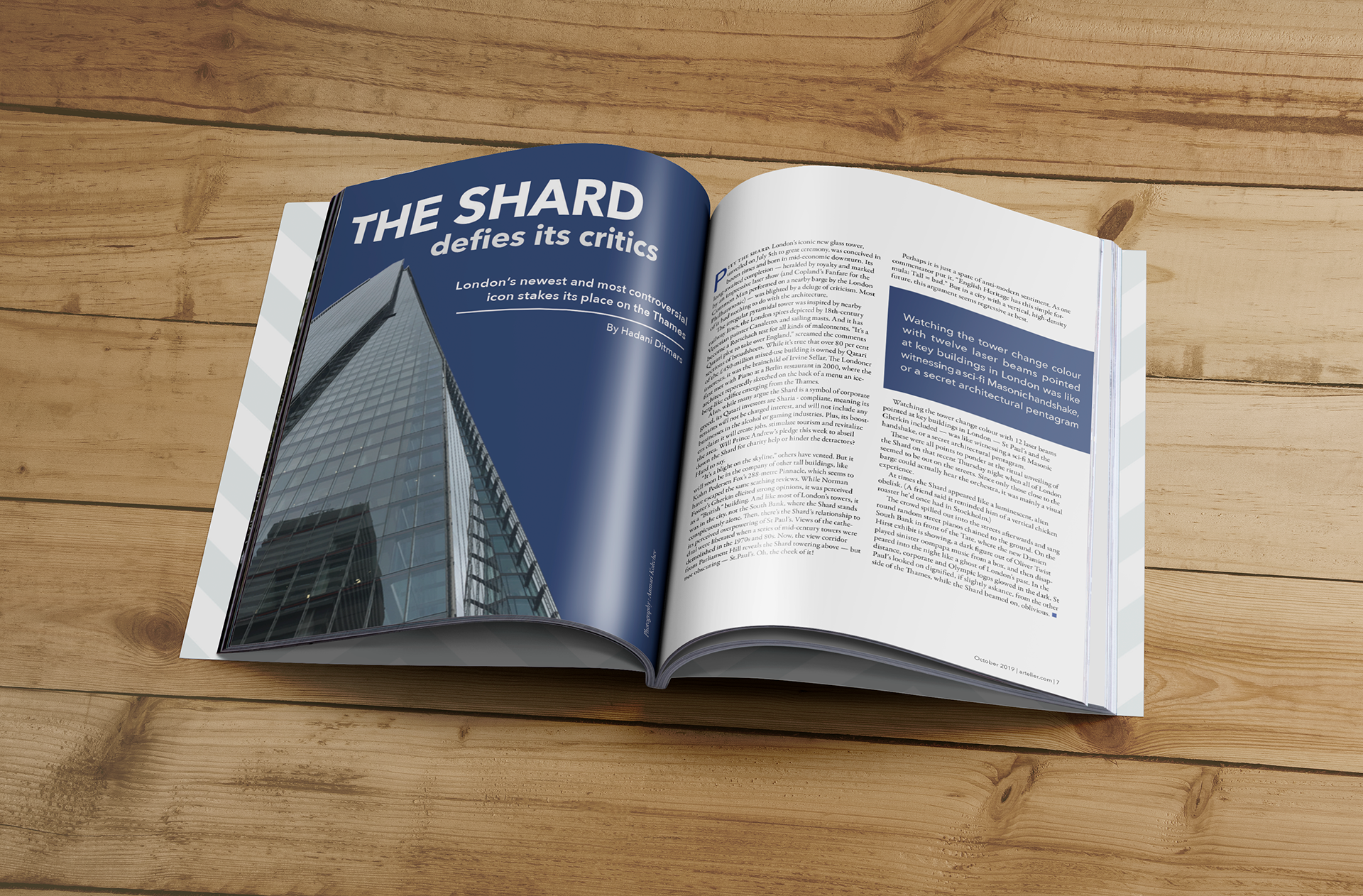 Artelier magazine's architecture section features one of London's most controversial buildings. While being too modern for the neighborhood to be accepted right away, eventually The Shard became a loved destination and a tourist attraction. The spread is minimalistic and let the bold shapes of the building to shine through the photograph. 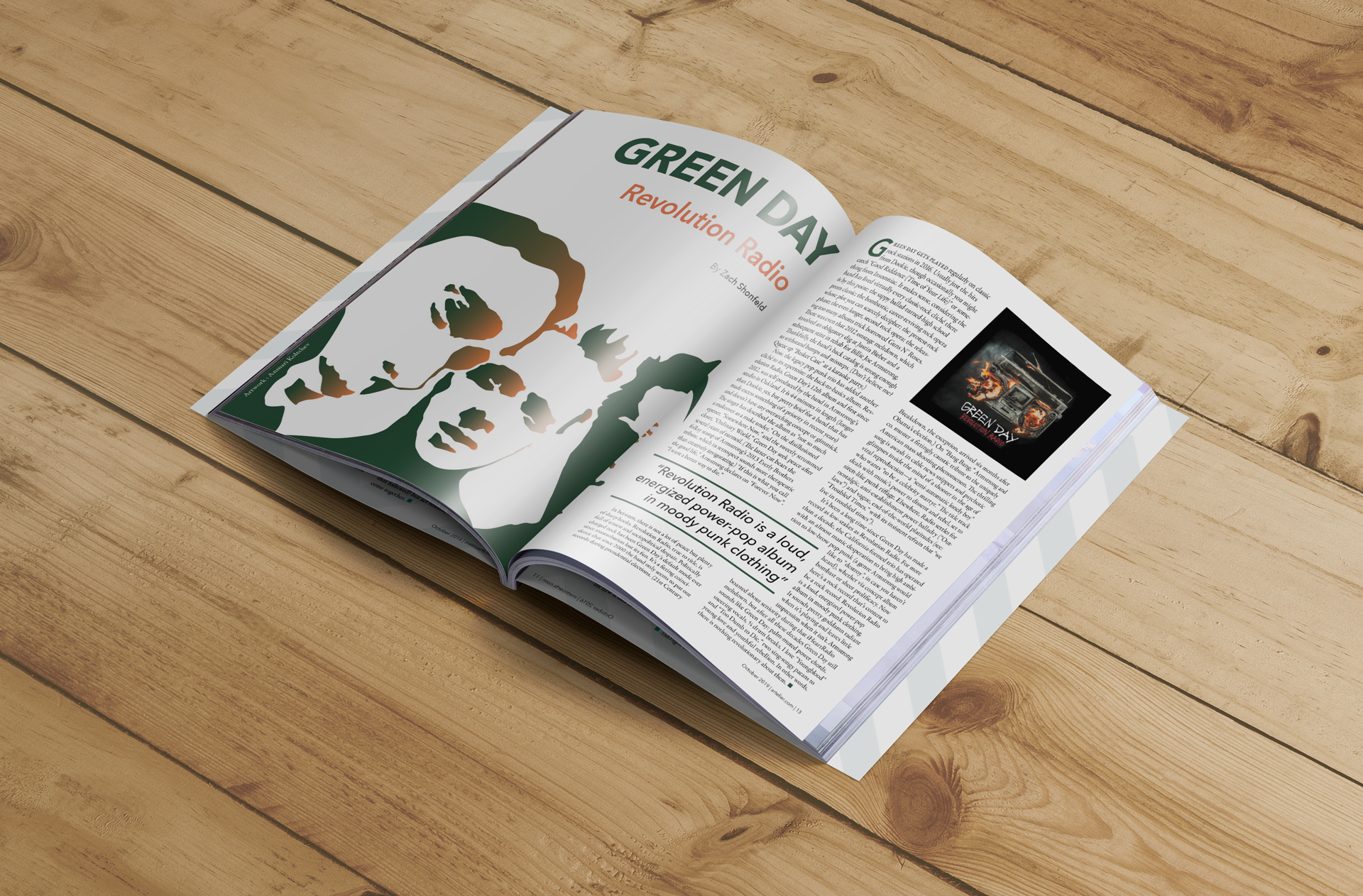 Magazine's music section features a story about the legendary Californian rock band Green Day and their album, Revolution Radio. The spread follows the overall design of the magazine with bold quotes and simple yet powerful typographic choices. The illustrated image of the band shows the thrilling character of the band, which has excited fans for decades. 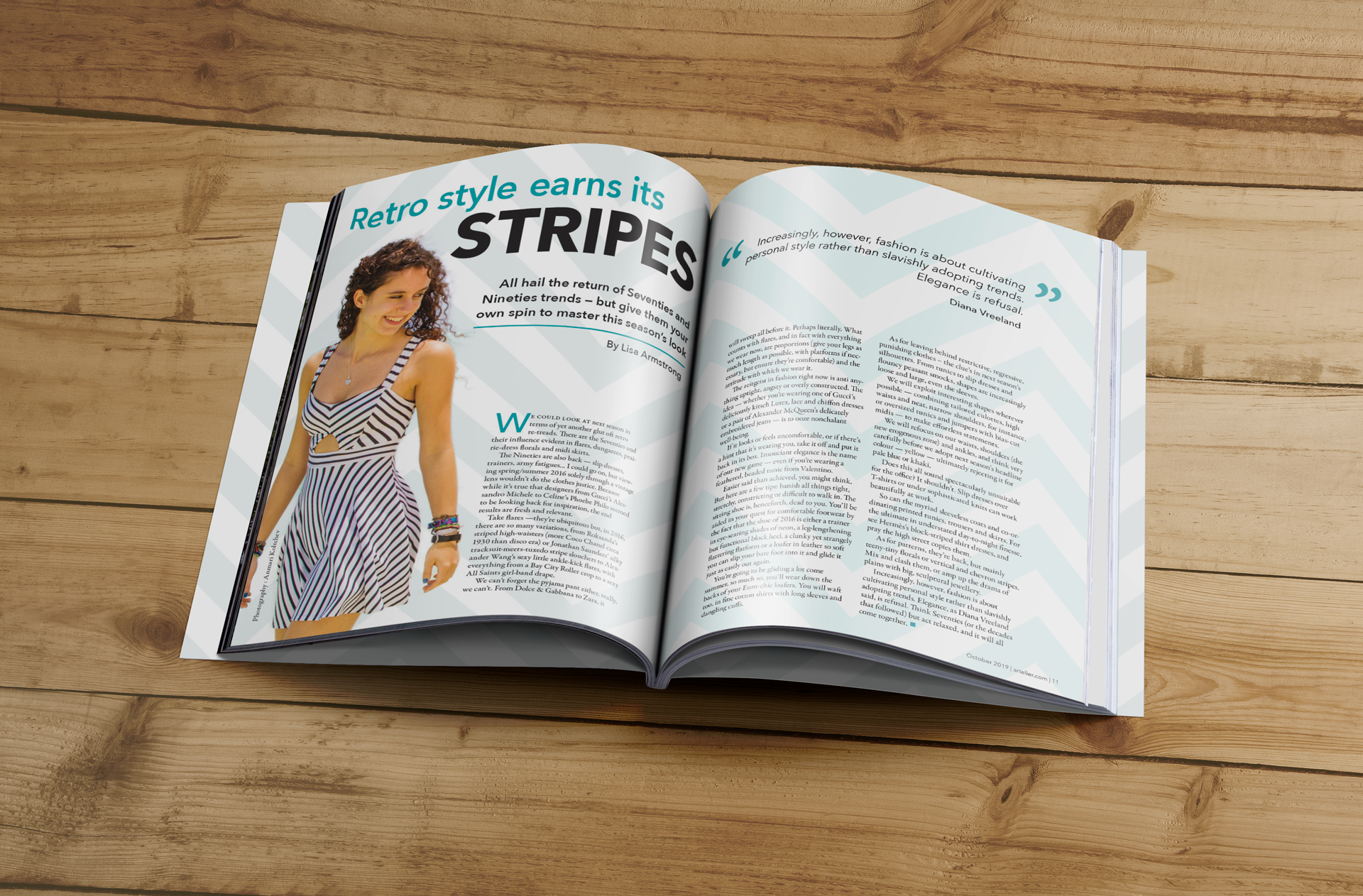 The fashion section of Artelier features the comeback of stripes and other retro styles. Following the same design features of the magazine, this spread features one of the most emblematic patterns of the season, the Chevron stripes. Vivid colors and eye-catching quotes are the signature features of this spread. 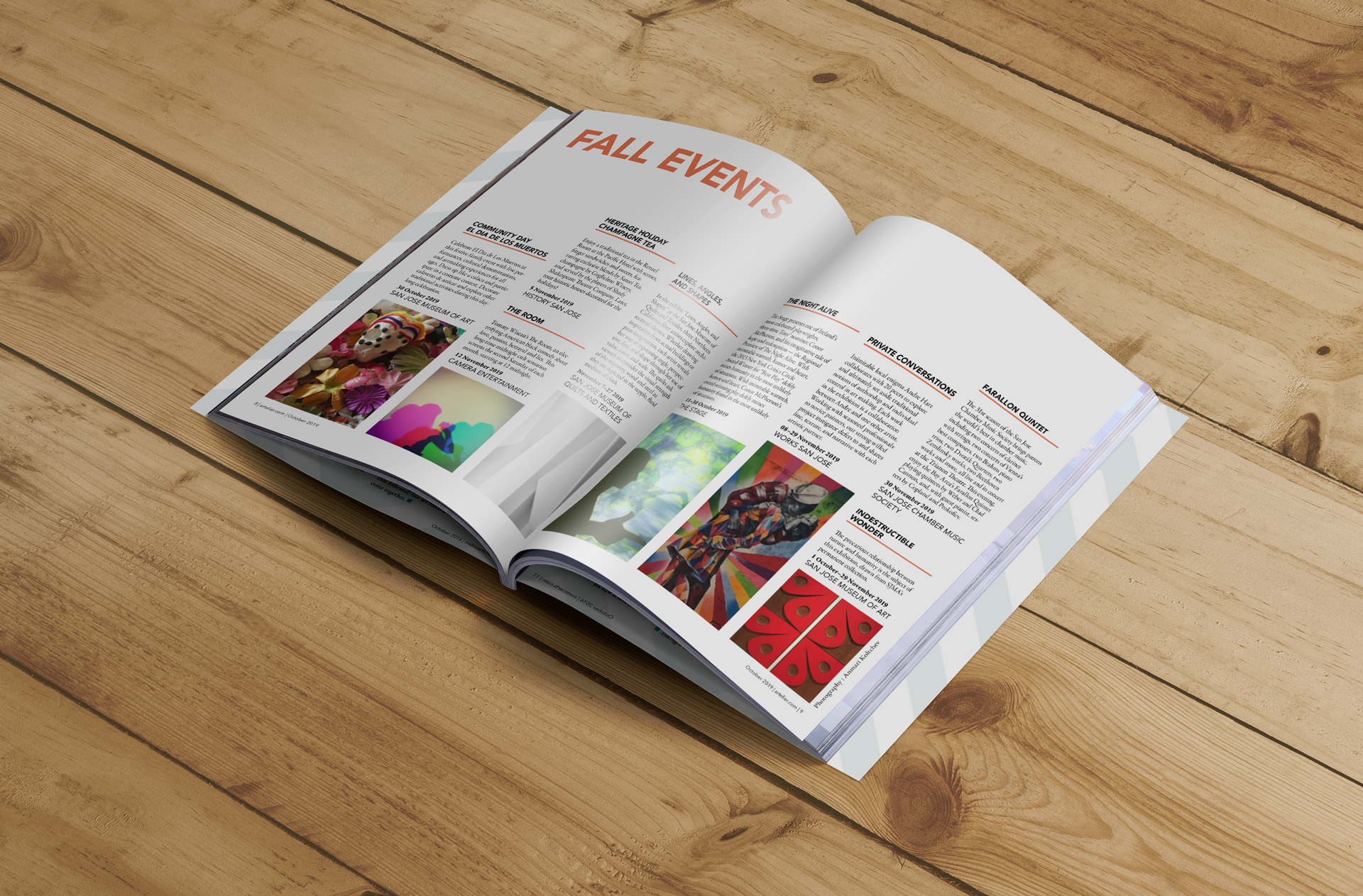 Artelier magazine uses distinct hierarchy, prominent lines, vivid imagery and bright colors. All this is present on its events page, where local art-related events are listed to attract the reader's interest. 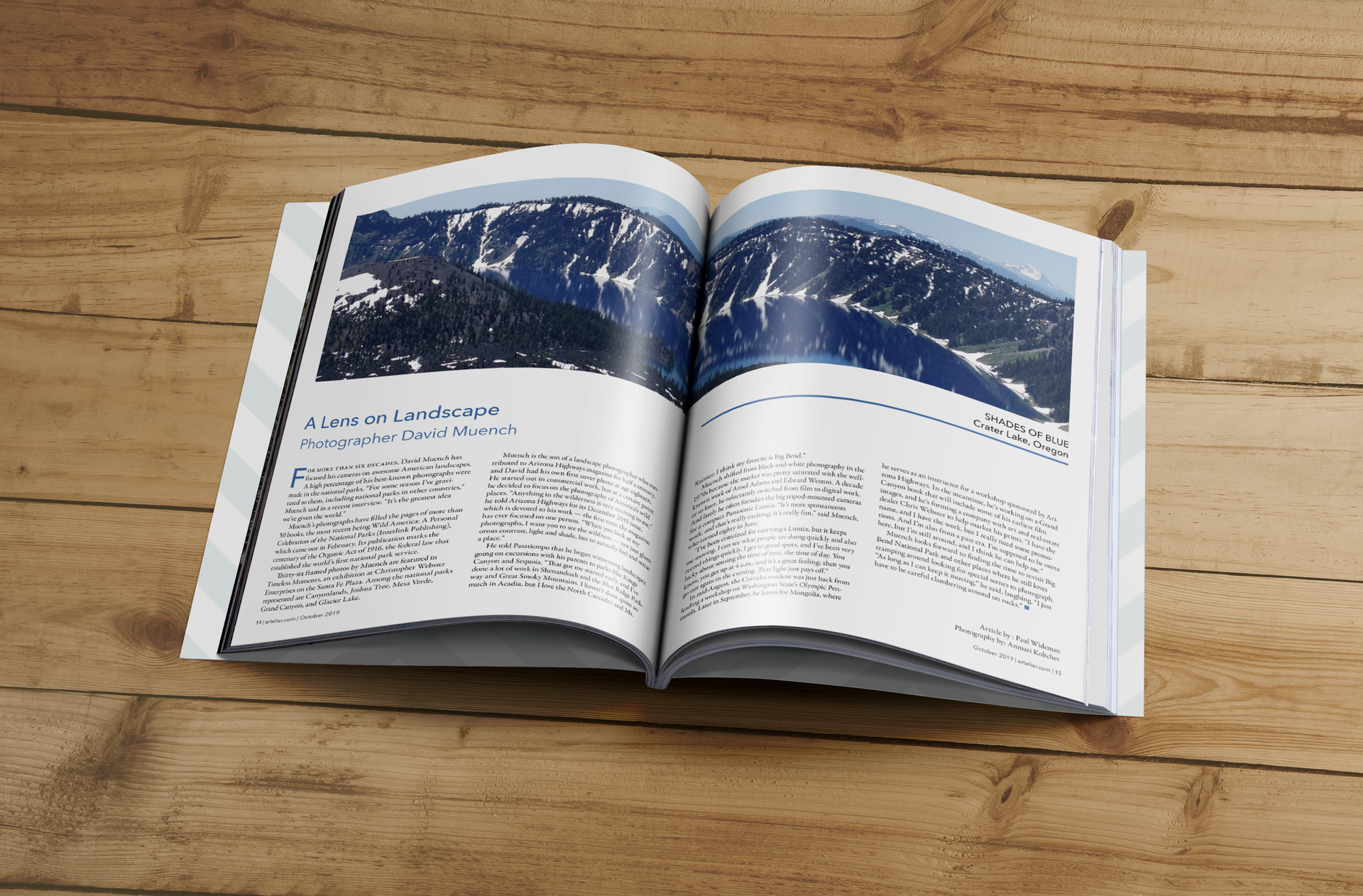 Magazine's photography section features landscape photographer David Muench, following his story and exploring his work. The focus of the spread is to let the main photograph shine and the copy to be a pleasant but straightforward addition to the overall design. 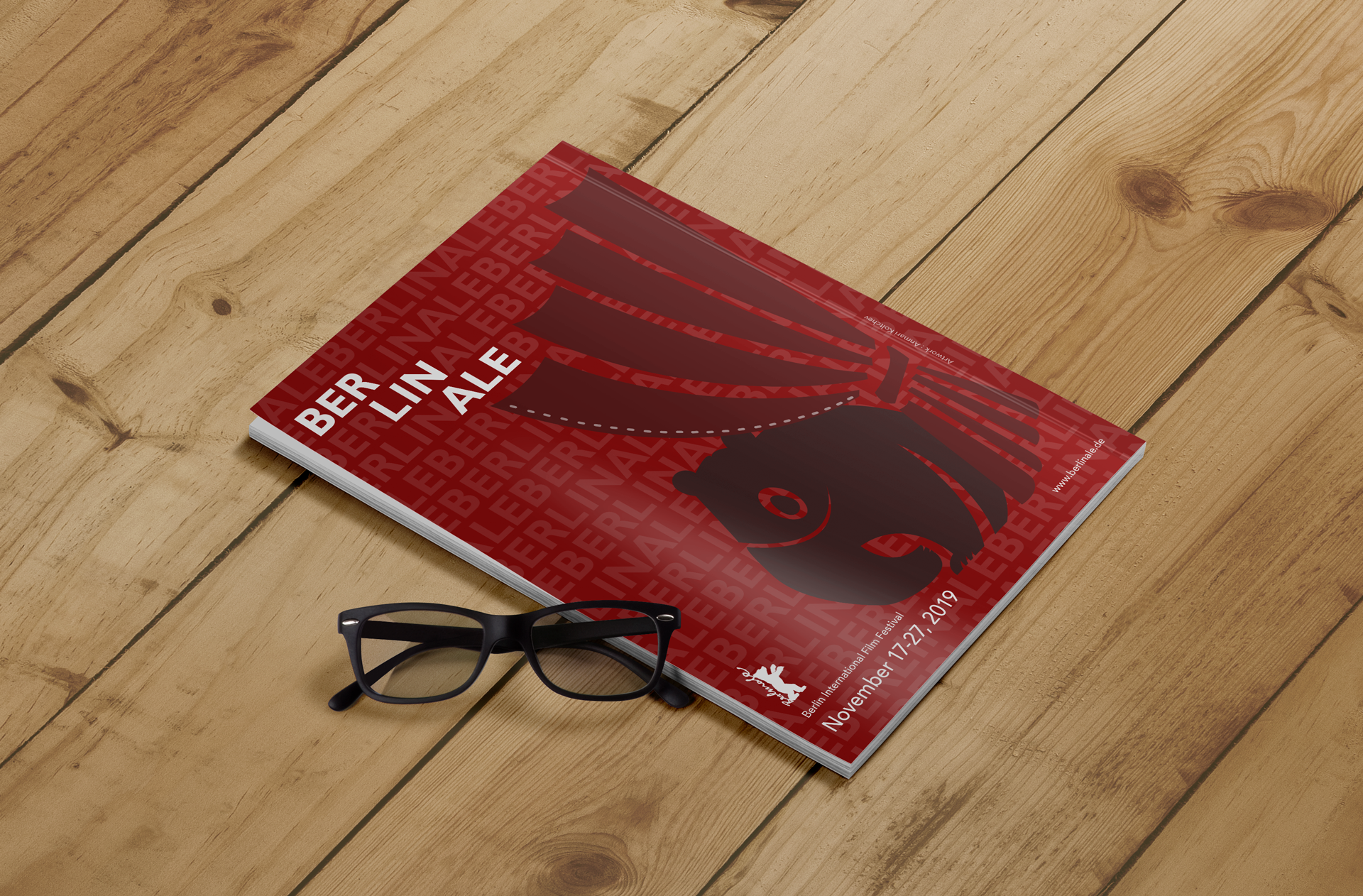 The back cover of the magazine features a full-page advertisement of the famous Berlinale Film Festival in Berlin. Playful use of the festival's mascot (the bear), together with creative typography, makes this ad attractive and memorable.

Thank you! Your submission has been received!
Oops! Something went wrong while submitting the form.